On the bow of The Liberty Clipper 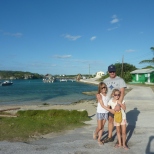 The harbour at Farmers’ Cay

Who knew that I could ever be so excited about a laundry with a dinghy dock!  We arrived in Black Point and we had heard about Ida Patton and her laundry, which is rumoured to be the best in the Bahamas and Caribbean.  It certainly did not disappoint!  The facilities are spotless, the machines are well maintained, there is free wifi, you can get a cold drink and conch fritters, you can get a haircut, you can pay for a shower – oh, and did I mention the dinghy dock?  Three weeks without a laundry and I was a woman on a mission.  I loaded up with laptop and my heap of dirty washing and spent the afternoon updating the blog and feeding coins into machines.

In the course of chatting with Ida, she mentioned that the headmistress at the local school welcomed the boat kids as they came through.  On hearing this, both girls’ ears pricked up and they looked extremely hopeful.  Eleanor and I walked along to the school and popped our heads round the headmistress’ office.  Sure enough, she was more than happy to take our two in the following day.  Time to dig out some skirts and shoes!

On the basis that we wanted the kids to be presentable, we paid for showers at Ida’s. All was going well up to the point where the electricity on the island failed and the water pumps went off. I was soaped up and had just put conditioner on my hair. After a good amount of laughter from S, E and H, Stewart set off to find some water which he got from the bar. When he returned with a bucket of cold water, we found that E had allowed the door of the shower she had used to close, locking in all her and S’s shower kit in. A boost over a wall and some gymnastics from E later, we were back in and I got rinsed. Let’s just say we were glad to move on!

That evening at the Happy Hour in the bar we met the crew from the The Liberty Clipper, a 125-foot gaff rigged schooner that offers Bahamas sailing holidays.  Hannah, not being a shy sort, introduced herself to the skipper and then promptly asked if she could have a look around.  I think she was hoping to have a go at jumping off the bow as she had seen the guests leaping off the front the day before.  As they were setting off early the following day to head back to Nassau, an early visit was arranged.

With a fun-filled day ahead of them, the girls were up and ready early.  Unfortunately the weather was not as accommodating.  A westerly was happily blowing directly into the bay at Black Point (which directly faces the west) making for a very uncomfortable morning.  I only felt better when I saw the mast of a fellow boat (a monohull with a very shallow draft) swaying massively in the swell – at least we weren’t having the worst time.  Stewart and the girls headed off in the dinghy to see Liberty Clipper before their interesting ride to school and had a great time exploring the replica 19th century Chesapeake fishing boat. H and E both spent their time charming the paying guests on board. One of ladies, whose birthday it was that day, got a birthday cuddle and tearily demanding a photo with them. She was missing her grandkids.

Disembarking from the dinghy at the dock was certainly interesting with the swell but the girls were determined to get to school on time so Eleanor did the duty and steadied our little dinghy to allow Stewart and Hannah could get ashore.  I stayed on board while this was all happening and found myself having to lie down in the swell as it was so lumpy – it was not pleasant.   It was with great relief that Stewart came to collect me to take me ashore for a much quieter day on dry land.

From Black Point we sailed to Little Farmers’ Cay, where we stopped for a night.  Our trip ashore would have probably been a tad more pleasant had we not been accosted by the town’s wood carver, who was either many sheets to the wind or simply spaced out on other substances.  As we were enjoying our quiet exploratory walk into town, he must have heard us coming because he grabbed us as we passed to come into his little workshop at the back of his property.   The kids were good in the fact that they accepted his slight craziness and did as they were told (BLOW!) as they were instructed in ‘conch blowing’.  We slowly and politely made our exit and planned an alternative route back to the boat.

Little Farmers Cay is a really well maintained village with a lovely little harbour.  It has a small bar/restaurant, called Ocean Cabin, and shop with great internet access that is run by an interesting character, Terry Bain.  Stewart had a very in depth conversation with him about Scottish independence.  He put up a very strong and informed case as to why Scotland should be independent.  We were surprised to find such interest in this remote island several thousand miles away, on the other side of the Atlantic. It turned out one of his “early wives” was a Scottish girl and he maintained an interest in the country.

We headed back to the boat and prepared for the longer jump down to Georgetown the following day.

This site uses Akismet to reduce spam. Learn how your comment data is processed. 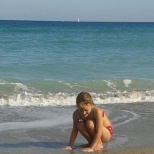 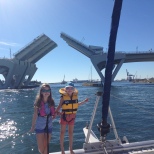 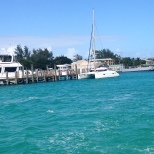 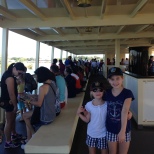 Not sure what is bigger – the house or the boat! 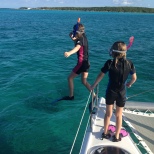 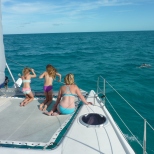 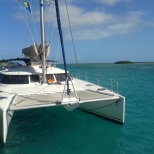 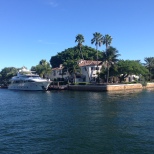 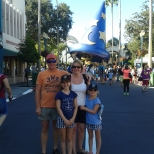 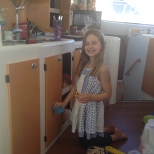 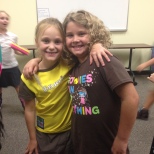 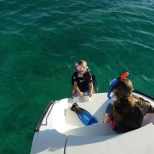 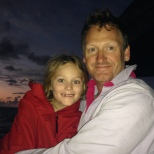 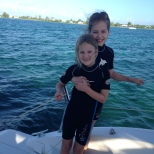 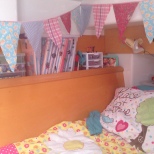 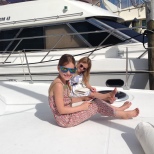 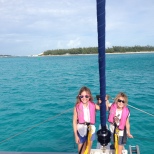 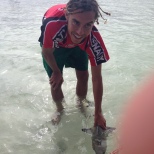 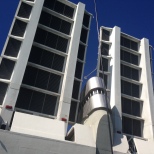 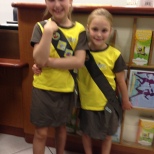 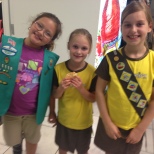 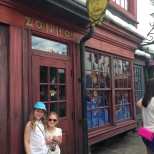 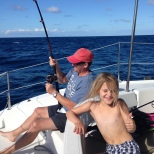 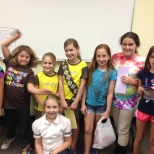 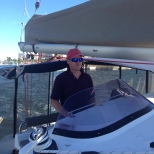 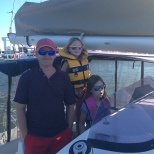 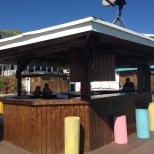 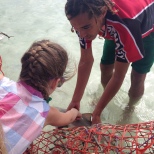 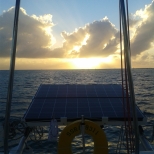 On the way across at low tide to the holding pens.
Follow skylarkingaround on WordPress.com